Defending Your Rights After a Traffic Charge

Traffic violations in Annapolis are commonplace. Many people simply pay the fine without trying to contest traffic violations. Yet, this can be costly and in some cases it may result in points on the individualsâ licenses. Instead, consider talking to a traffic ticket lawyer. A criminal defense attorney will have extensive 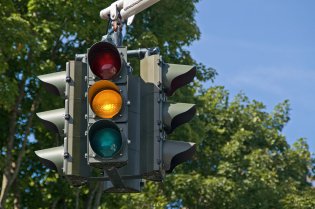 knowledge of the strategies that are successful in beating traffic violations.

For example, your lawyer may argue that you failed to stop at a stop sign because the stop sign was obscured or had fallen over. Or, you may have failed to stop at a crosswalk because the crosswalk markers were so faded that you could not see them clearly. In other cases, your traffic ticket lawyer may argue that your actions were legally justified. For example, you may have swerved across the double yellow line to avoid striking an unexpected obstacle such as an animal or child darting out into the road. Since every case is unique, itâs advisable to consult a lawyer about your legal rights and options.